Disco Bob is the twelfth episode of the second season and the 27th overall episode of Chicago P.D.

Complicated clues surround the murder of a mother and her daughter. Lindsay prepares for an undercover investigation in Bolivia, and it dawns on Burgess and Roman that they need to put the past behind them.

The unit gets a call and it turns out Jordan has regained consciousness.

Intelligence unit brings in Wes Denton while he was holding a search and question him but he proclaims his innocence. Seeing that he’s not gonna get through to him, Hank tells him that his son is alive but barely and refuses to let the pleading Wes see him.

Adam and Voight interview Jordan, showing a series of pictures. Jordan identifies who really robbed the house it was a paroled burglar Frank Carriger. After the burglar is spotted at the train station, the squad pursue him through the train and after a lengthy chase Adam is able to catch him. As he is arrested, he reveals Shelby's boyfriend Owen Reese had arranged it to go down.

At the precinct, Carriger reveals to Al and Antonio that Owen showed him the Denton home and told him of valuables after giving the alarm code. He goes on to state once inside that he found nothing and after getting the gun, he marched the Denton family down and killed them out of impatience. At the same time, Hank and Jay interrogate Owen and once pressuring him, he reveals that he did it to win back his girlfriend after scaring her judgmental mother. Owen frantically states he had no idea that Frank would execute them, saying Mrs. Denton should of just gave the money before Hank and Jay coldly reveal to Owen the Denton family was broke, that Shelby had no idea of their family trouble. Owen then cries at being unaware and having the family killed for nothing. He sadly says that he loved Shelby.

Afterwards, Roman and Kim have a talk at the bar and both agreed to have each other’s back in the future and not be too overprotective. Kim is further pleased when Christopher Herrmann shows her bulletproof vest as the latest display to his bar.

Hank later appears at the hospital where he apologizes to Wes Denton for accusing him as the latter accepts it. Wes wishes that he had been around more, as he had no idea that his daughter had a boyfriend but Hank tells him that he was supporting his family. Hank offers to tell Jordan of his loss but Wes tells him that he will do it and take good care of his son because he's the only thing that his son has. After shaking hands, Hank watches as Wes goes into the room with Jordan and they mourn their loss.

Adam meets with his father and they are able to get a better understanding of each other. 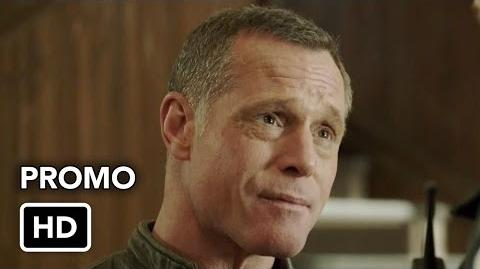